Having been held in Palma, in June, for 5 years running, when the opportunity arose to organize the already well-oiled BENETEAU Yachts Rendez-vous at a new destination, it was too good to miss. So the event took up its headquarters in Malta for a long weekend from 7 to 10 November 2019, thanks to the impeccable organization skills of the Mediterranean Yacht Sales team, the BENETEAU dealer based in Valetta.

With the days a lot shorter and mid-autumn’s lower temperatures, the regatta programme of this BENETEAU Yachts Rendez-vous promised to be more daunting than usual. That was without reckoning on the incredible skills of the Maltese crews and their perfect knowledge of the sailing grounds! Located at the intersection of large number of shipping routes and with roughly 30,000 boats registered in the archipelago, 25,000 of which sail in the Maltese waters, the sailing culture of the archipelago’s inhabitants is widely recognized. The Maltese have a visceral connection with the sea, visible in their in sailing experience and the incredible care they take over their boats. The 11 BENETEAU sailing yachts taking part were perfectly maintained and prepared – a feast for the organizers’ eyes. This can be seen from the photos and films taken on board the Swift Trawler 47, which Simon, its owner, made available to the organizers for the event.

Alfred Manduca has been the dealer for BENETEAU in Malta since 1989. He has organised 15 BENETEAU Cups. He owns a hotel right in the centre of Valetta. 8 years ago, he began to rehabilitate this family property, which had been disused since the 1980s. It was a crazy project, considering the work needed and the constraints in terms of regulations. Located near the Barrakka Gardens and overlooking one of the city’s main marinas, the hotel with 21 completely renovated rooms, an inner courtyard and a large lobby, was the place all the participants met for the first night to get to know each other and to learn more about the programme, from the master of ceremonies Yves Mandin, BENETEAU’s Premium Service Manager. 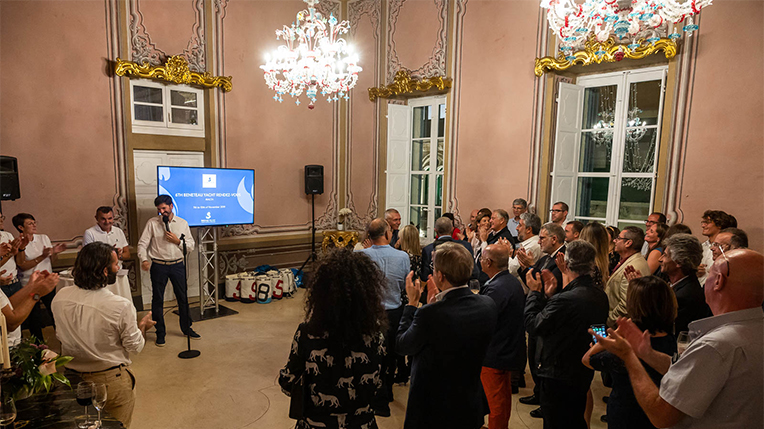 Participants at the "briefing" held at the Domus Zamittello Hotel in Malta. 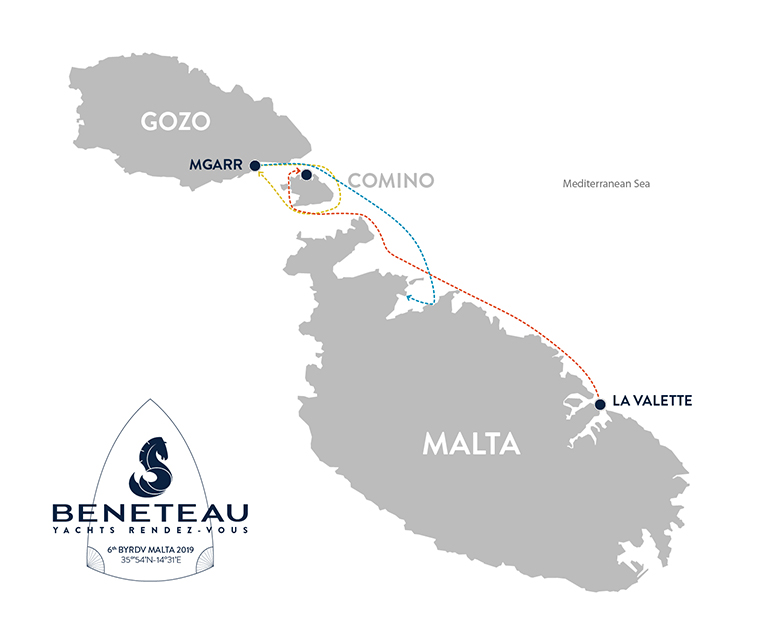 The navigation area and the different routes.

PERFECT WEATHER FOR THE FIRST LEG

With an average wind speed of 15 knots, the Oceanis fleet set sail from Valetta around midday and quickly reached Comino, for their first mooring. It was a chance to take a well-earned break after a highly competitive leg, and an impressive first place from the Nenya crew, on an Oceanis 55.1, which nimbly manoeuvred between the fish farms along the coast of Comino to lead the fleet by a few minutes at the finishing line. 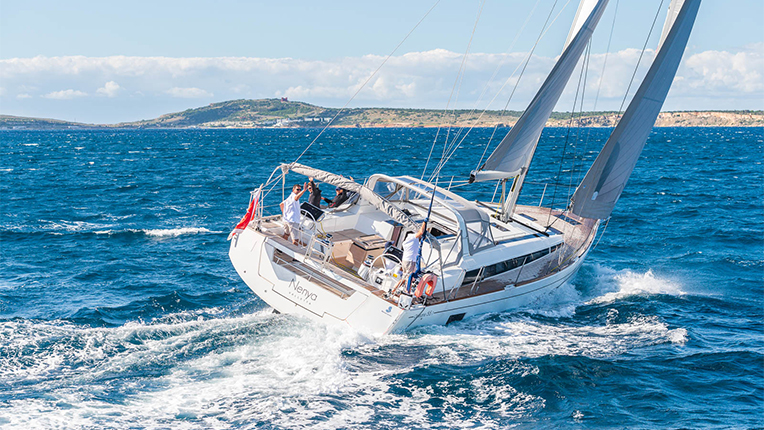 The winners of the first leg: Godfrey Swain's crew aboard Nenya.

The organizers also took the opportunity to visit the boats and offer the crews drinks, supplied by Heineken, the event’s partner. They then sailed to the Gozo Marina to enjoy test driving Nissan’s new hybrid cars, also a partner of the event, and a chat and a friendly drink together at the Gleneagles Bar, to end the first day.

ROUGHER CONDITIONS FOR THE SECOND DAY

Despite a sudden weather system, with hail showers hindering the progress of the fleet in the second leg, it had little effect on the crews’ morale. They were highly motivated by the idea of showing off their tactical skills and their ability to adapt to rougher weather conditions. 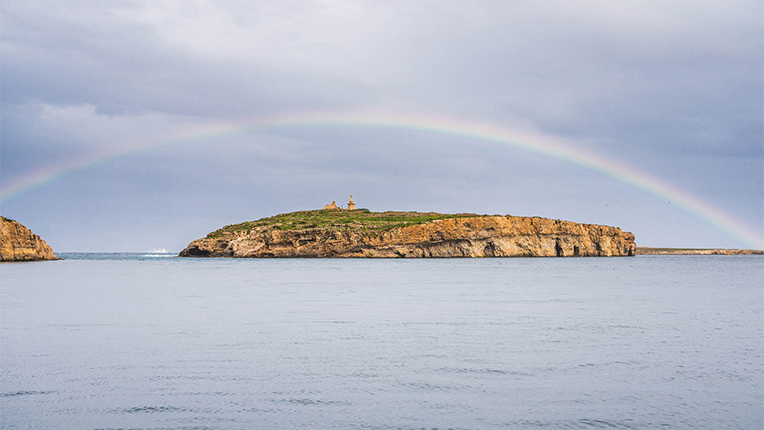 A beautiful rainbow invites itself on the rally during the second leg.

The weather system did not last long and had the merit of redistributing the cards and maintaining the suspense until the end. At the end of the second day, the Oceanis 55.1 C'Scape led the ranking, with the Oceanis 54 Absolutely hot on its heels together with the oldest member of the fleet, the BENETEAU 57 Kira. 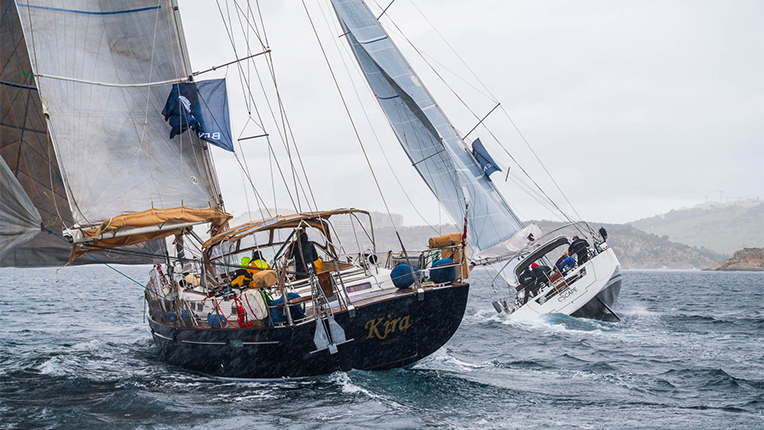 Close to the finish, the BENETEAU 57 Kira in pursuit of the Oceanis 55.1 C'Scape.

The emotionally-charged day of contrasts ended in relaxation with two competitions – who could make the best cocktail and the best logo for the next BENETEAU Yacht Rendez-Vous –allowing the crews to express themselves outside of racing, before heading off to the restaurant Ta’frenc for the traditional gala dinner.

A SUNDAY UNDER THE SUN OF THE BENETEAU YACHTS RENDEZ-VOUS

The regattas ended on a short coastal run, in ideal weather conditions allowing the all Maltese fleet to express its full potential.

This one last leg was all about having fun and enjoying the excitement, with peak speeds of over 20 knots and another hard fought finish.  The Gioia crew finally won this leg, followed closely by Ultreya, Alfred Manduca’s Oceanis 60  and by C'Scape, skippered by Alan Bartoli, who finished first in the overall ranking. It was a great achievement for the owner of this Oceanis 55.1, who demonstrated incredible regularity throughout the event. 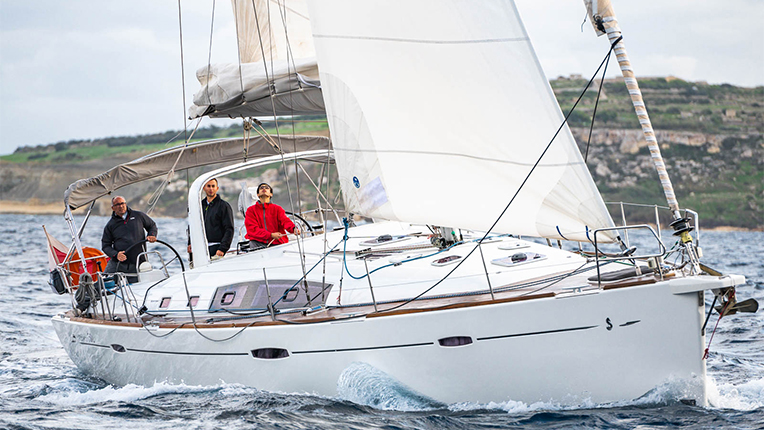 The Oceanis 50 "Gioia", winner of the last leg.

The 6th BENETEAU Yacht Rendez-Vous ended with a wonderful prize-giving ceremony, at the one80 restaurant, with a magnificent panoramic view of the Mgarr marina. It was the last opportunity for the owners and organizers to spend some time together around a finger lunch, and to have their family photo taken. 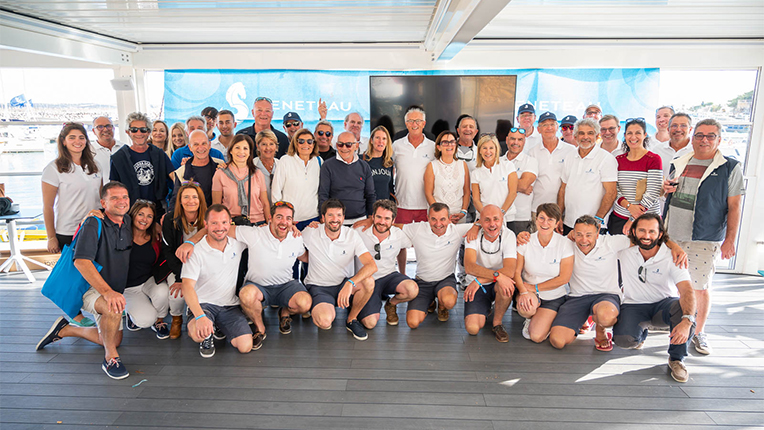 A special thanks to the Mediterranean Yacht Sales team: Alfred, Emma & Matthew (who won the prize for the best mast climber), Stéphane and Yohann from Incidence Sails for their valuable advice on how to trim sails, Simon (owner of the Swift Trawler 47, the race committee boat) and his friend Mark, Nissan, Heineken, Yachting Malta, Camilleri Marine with Helly Hansen, Demajo Group and Medcomms.