Spike in Demand at the BENETEAU Trials Base

The BENETEAU sea trials base, in Port Ginesta, near Barcelona has been open since October 2018 and it has been busy ever since. This new location caters to customers, future customers, journalists, partners and dealers and provides trials of new sailing yachts and motorboats throughout the year. October highlights: a month with a large number of visitors.

After seeing BENETEAU’s new boats at the autumn boat shows of Cannes, Genoa, Southampton and la Rochelle, it’s time to test them out! By coming to check out the various boats’ behaviour in real conditions, to test the trimmings of the First Yacht 53 sails, or take a Flyer 10 up to peak speed, or even enjoy the slow life of our mini-coastal cruise on a Swift Trawler 41, we come full circle. It is also an opportunity to take advantage of the last window before winter, a season less conducive to getting to know a new boat.

This October has lived up to tradition, with the BENETEAU teams highly motivated during this key period, which saw a succession of journalists and members of the European Yacht of the Year panel, customers and future customers, as well as journalists of the European boating press in Port Ginesta.

This year, BENETEAU has been nominated twice, with the First Yacht 53, in the running in the Performance Cruisers category, and the Oceanis 30.1 in the Family Cruiser category, which highlights the boatyard’s ability to take on any type of programme and budget.

With teams highly engaged in defending the brand colours, an average wind speed of 15 knots on the first days, a highly professional international panel, and strong determined competition, this year is looking like a close call. We will know the verdict on 18 January, in Düsseldorf.

Magazines from different countries were represented by : 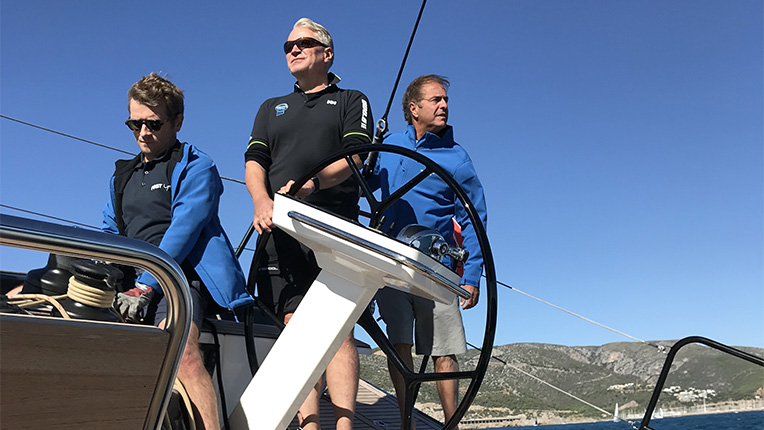 The First Yacht 53 on test.

Customers from all over the world

Within a few days Port Ginesta had turned into an international hub, welcoming customers from 12 different countries (France, Spain, Switzerland, United Kingdom, Czech Republic, Malta, Bulgaria, Italy, Turkey, Norway, Russia, Philippines)!  The changeable weather and the political tension in Catalonia did not discourage customers and dealers, who came in large numbers for a week of discovery, sharing experiences and finalizing projects. It has to be said that the location of the base, which is only 15 minutes by car from Barcelona airport, greatly facilitates the organization. 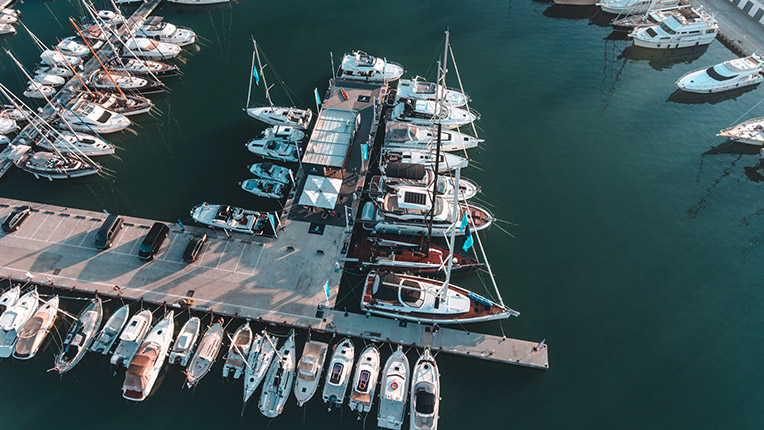 The BENETEAU sea trials base seen from the sky.

The last part of this campaign was the week dedicated to the European boating press journalists, who came in large numbers to test the new boat in ideal weather conditions. The fifty journalists who made the journey participated in no less than 180 trials. Representatives of B&G and the engine manufacturer Suzuki Marine also attended the trials for the full week, to provide their expertise in electronics and engine technology.

With the majority of the key titles represented by keen journalists together with photographers and professional video directors, it is more than likely that the new BENETEAU will be the subject of articles and full tests between now and the PARIS and Düsseldorf boat shows and available in stores and on the web.