AHOY, a Breath of Hope

An Atlantic Crossing in the Fight Against Cystic Fibrosis

‘Ahoy’ is traditionally used by sailors as a greeting, but it is also an adventure for four friends, one of whom has cystic fibrosis, who put out to sea last September to raise people’s awareness of this condition. Seven months after leaving Vendée, the winds and the currents led them to the Grenadines, where, after much discussion, the four of them decided to postpone the rest of their trip.

Thibaud, a seasoned sailor and the skipper of the yacht, Jeremy, son of a submariner, and Romain the team’s globe trotter, have been sailing with their friend Alexandre, to help him share his experiences and to join forces in the fight against cystic fibrosis. Alexandre has suffered from this incurable genetic disease since he was a child. In 2017, he received a lung transplant, when his respiratory capacity was down to just 10%. His newfound energy inspired the project of setting sail on the high seas.  Committed to crossing the Atlantic Ocean to raise people’s awareness of the fight against cystic fibrosis and the importance of organ donations, the sailors cast off, on an Oceanis Clipper 411, in September 2019. 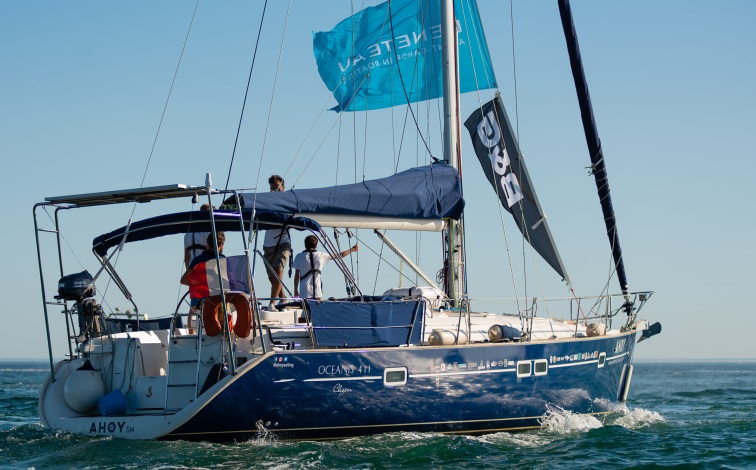 To ensure the successful outcome of this project, they all took a break in their professional and student lives and got lots of partners on board, including BENETEAU, which helped them make this project possible. They gave them valuable assistance in preparing the boat and trained the crew in first aid, sailing and weather forecasting. They were able to put the knowledge they acquired to good use during the first part of their voyage, on their sail down to the Canaries, punctuated by several stopovers along the Spanish and Portuguese coasts, as well as regular boat checks and interventions in schools to spread the message about cystic fibrosis and organ donations.

Thibaud, Jeremy, Romain and Alexandre spent three weeks preparing the Atlantic crossing, the long section of their journey, from Gran Canaria, where they were welcomed by Alliance Française. Provisions (220 L bottled water, 4 trolleys full of food, including fruit and fresh vegetables), the addition of a generator for safety, engine maintenance, a full check of the rigging and keel: nothing was left to chance. On the advice of their weather router, the men set sail on their Oceanis on 7 December, with all the apprehension and excitement that a project of this scale implies. Keeping their internet connection for emergencies, the crew quickly stepped into a routine, with reading, games, making meals, fishing (bream, tuna fish, etc), aperitifs and bathing interspersing the 21 days and 6 hours’ crossing to Martinique. The sailors have fond memories of the 24th December on this crossing.

Romain :  « We had a memorable Christmas at sea. We loved opening our presents in the middle of the ocean. We’ve reached a turning point. We are now seasoned sailors. Few people get an opportunity to cross the Atlantic. It’s very symbolic. » 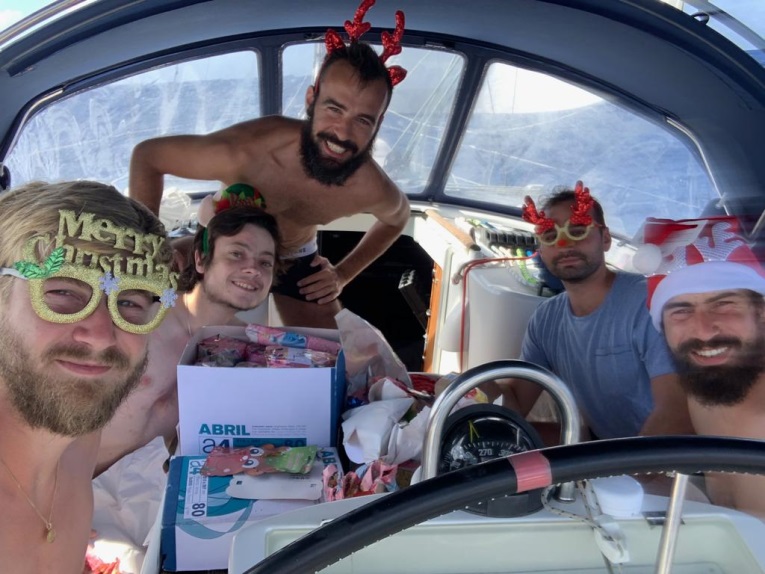 Christmas at sea, an unforgettable memory!

From Fort-de-France to the Elysée

When they arrived in Martinique, and after enjoying some of the Island’s beauties with the family, Ahoy’s crew continued their efforts to raise awareness in schools and in the local press. Romain and Alexandre returned to Paris in February, so that Alexandre could undergo medical tests. He had planned four return journeys for check-ups during their travels. Alexandre took advantage of his return to surprise the pupils of the Sainte-Anne de Sablé school, who have been following the adventure on video since the start. It was also an opportunity to meet Brigitte Macron and the Elysée Palace on 3 February 2020.

Alexandre : « We had a good chat about cystic fibrosis, organ donation, and the steps that could be taken.  We will try to achieve something together.» 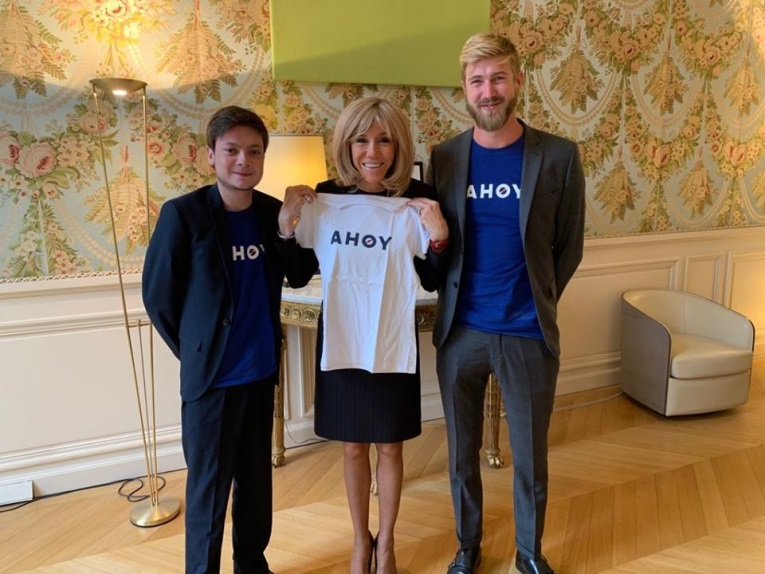 Romain and Alexandre with Brigitte Macron at the Elysée Palace.

After long discussions on Covid-19, the four friends have decided to postpone their adventure temporarily. Due to his lung transplant, Alexandre has a weak immune system and has had to observe self-isolation and strict hygiene guidelines since he returned to France on 23 March.

« On the one hand, there were the four of us on the boat and there was no risk of contamination as nobody had the virus, and staying on the boat in isolation would have been safe, but on the other, there was the risk of not finding a flight to France for an important medical appointment mid-April. »

Throughout the 11,000 km sailed, the young sailors were optimistic about cystic fibrosis.  Through this challenge, Alexandre has proved that the nothing about this condition is a foregone conclusion.

« You cannot give up when you are waiting for a transplant.  I have accomplished things that would never have happened because of this condition and I have met some wonderful people. »

The good news is that although Alexandre left with 85% of his lung capacity, he returned with 105%. This is not the time for scientific explanations, but suffice it to say that the sea air and good living have been good for him. A breath of hope…