A good mix of racing and fun, the 1st First Cup was a resounding success!

Racing now over for the First 24 sailing yachts

The First Cup ended on a high note with the BENETEAU CUP, in Sables d’Olonne, on Sunday 30 June.

For this last event – after the Spi Ouest France in April and the GPEN in late May – 13 First 24 crews were impatient to take up the challenge, despite the pea-souper that had settled over the Vendée coast on Saturday morning. The fog did not affect the sailors who competed in 4 great races with a stable wind and a smooth sea. The next day the sun came out again and the sailing conditions were wonderful with peak wind speeds of 30 knots. The BENETEAU CUP trophies were handed out at the BENETEAU BOAT CLUB base in Port Olona in the late afternoon. 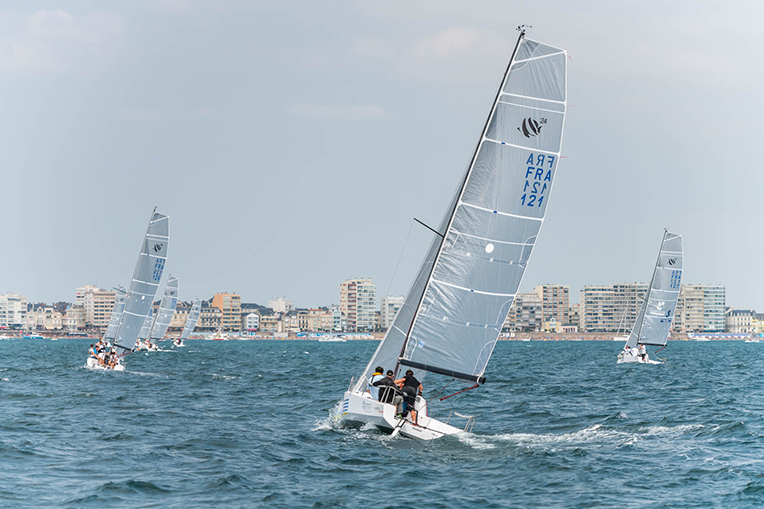 A double Olympic medallist at the helm of the First 24

With mainly amateur racers, some of the participants stood out. Luc Pillot, the double Olympic medallist in the 470 class, helmed the First 24 LA BAULE NAUTIC APPC.

Luc Pillot is a top-level racer. He notched up his best performances in the 470 class back in the 1980s.  Then in the following decade he fleshed out his record of achievements by winning various Match racing championships.  He was a Skipper in the America’s Cup in Auckland in 2003 and then became the head of the sport department at Nantes University. Approaching 60 years of age, the former Olympic champion now enjoys sailing for pleasure and still likes to win!

After a 4th place in the Spi Ouest France, Luc Pillot and his crew from La Baule went from strength to strength in this First Cup, winning the last two legs. 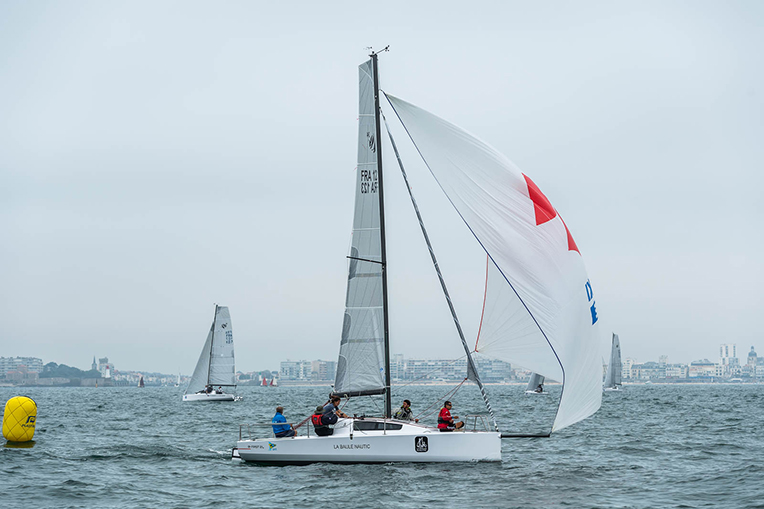 Morvan, as in Gildas Morvan?

Gaston, the son of Gildas Morvan, on theFirst 24 BENETEAU BOAT CLUBcame 3rd in the BENETEAU CUP, after winning the Spi Ouest France in the same category. The young skipper is studying at the IAE in Brest and made his debut this year in the French offshore racing championship, entering the first Sardina Cup on the Figaro BENETEAU 3. 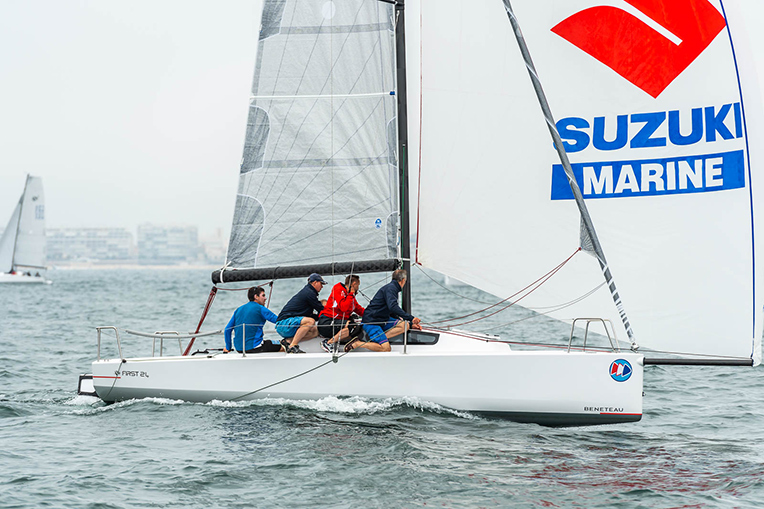 Jean-Luc Van Den Heede, winner of the last Golden Globe Race came along to take part in one of the races of the first day of the BENETEAU CUPwith a local crew, and was delighted to race with a one-design fleet again, after his long solo round-the-world race.

He was back on the water on Sunday, when he took to the starting line of an offshore race from Les Sables d'Olonne, again on a First 24. This time, the sailor did not sail down the fairway on his Rustler36, but on a First 24. 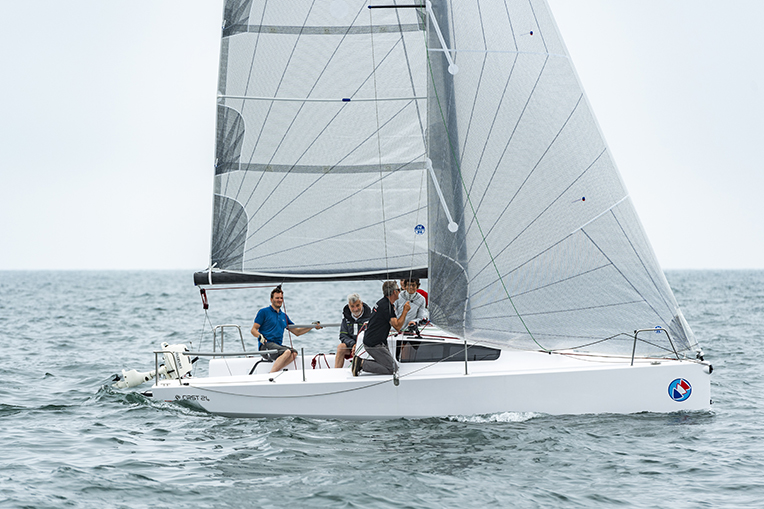 Well done to all the crews, who sailed their First 24 yachts in this 1st First Cup 2019! The panel of judges gave a commendation to the Spanish BENETEAU BOAT CLUB BARCELONA crew, which tied for 6th.

Overall ranking of the BENETEAU CUP 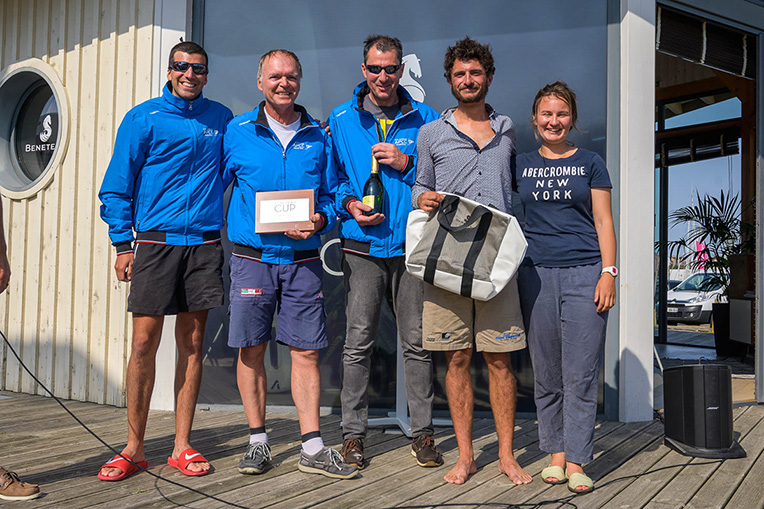 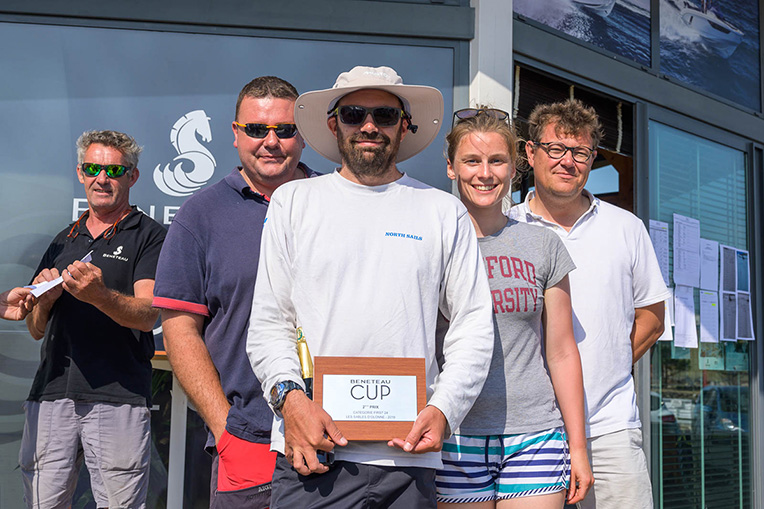 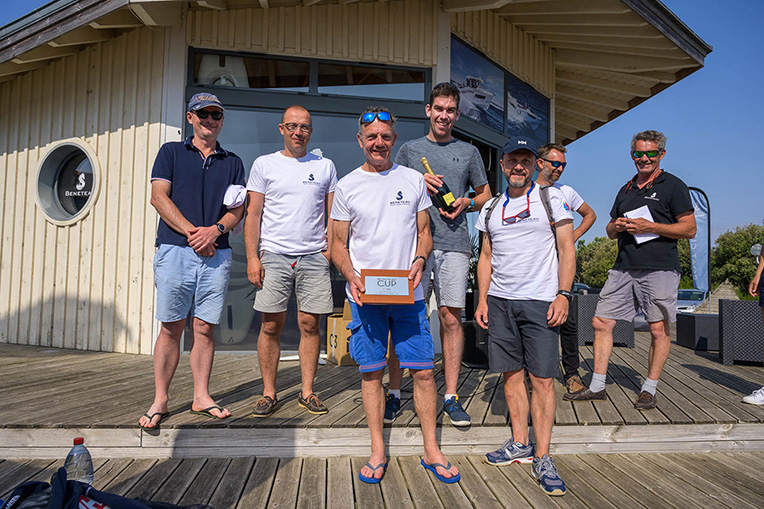 The First Cup prize-giving will take place at the Paris Nautic boat show in December.